30.12.2015 On the 100th anniversary of the sinking of the Natal in Cromarty Firth, the SHPA Facebook page publishes newly-discovered Andrew Paterson images of people visiting the wreck by motorboat.

09.12.2015 Mini-exhibition on Josephine Tey at the Inverness Museum, featuring the newly-discovered portraits taken by Andrew Paterson in 1929. The exhibition and the photographs also feature that night on the BBC Alba news.

26.11.2015 The first biography of Josephine Tey is published. Written by Jennifer Morag Henderson, it features one of the newly-discovered Paterson portraits of Tey before she became famous.

02.11.2015 The Inverness Local History Forum holds a WWI Photographic Exhibition in the foyer of the Highland Archive Centre. It features some of the May Fraser photos of Hedgefield House in 1915. Initially intending to run until 30th November, it was later extended for a few more weeks.

01.11.2015 The November issue of Leopard Magazine has an article by Duncan Harley on Peter Anson, featuring a portrait by Andrew Paterson taken c1936.

01.11.2015 The book “Inverness Through Time” is published by Amberley. In their trademark ‘then and now’ format, the book mostly consists of Andrew Paterson images and those of the Joseph Cook Collection (both held by the Scottish Highlander Photo Archive), and the massive postcard collection of Roddy Maclean.

01.10.2015 The autumn issue of The North Magazine covers the story of the 100 year old photo album featuring Hedgefield House in WWI in the photographs of Nurse May Fraser. It also pre-promotes the book “Inverness Through Time.”

25.09.2015 On the 100th anniversary of the Battle of Loos, there was coverage in The Inverness Courier regarding Joseph Gray, his artworks and letters to Andrew Paterson, and the recently gifted painting to the museum at Fort George.

15.08.2015 The SHPA receives a photograph album from Nova Scotia, featuring 150 photos of Hedgefield House taken during WWI when it was in use as a soldier’s hospital. Taken by nurse and amateur photographer May Fraser, the 100 year old album was donated to the archive by her daughter Heather Watts. This is one of many contributions and submissions of images that come in each year to the archive.

11.08.2015 The Aviva website features an Andrew Paterson image of its old Inverness office in Academy Street (as Norwich Union) on its archive blog pages.

01.07.2015 The summer issue of The North Magazine tells the story of George MacLennan, brother-in-law of Andrew Paterson, who was killed at Arras in 1917. 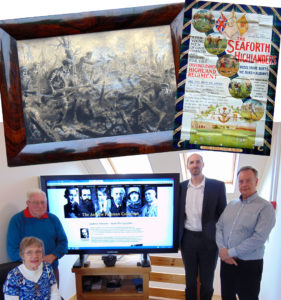 13.06.2015 Andrew Chalmers, grandson of Andrew Paterson visits Inverness and the SHPA and gifts an original Joseph Gray artwork and an army recruiting poster designed by Paterson to The Highlanders’ Museum at Fort George, following in the footsteps of his mother and uncles, who decades earlier donated two of the three large battle paintings already held by the museum. A few weeks later, a letter by Gray describing the painting is discovered, giving its title as “Loos – Charge of the Highlanders.”

01.04.2015 The spring issue of The North Magazine announces the launch of the Lost Inverness website featuring the work of Gordon Lynn. 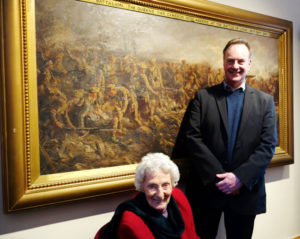 28.03.2015 Visit to The Highlanders’ Museum at Fort George by the daughter of Joseph Gray and her extended family. It was preceded the day before by a visit to the Black Watch Museum in Perth where there was an exhibition of her father’s work.

27.03.2015 A sister website, Lost Inverness is launched featuring SHPA images and the artwork of Gordon Lynn.

10.02.2015 Exhibition “The Art of Joseph Gray” held at the Black Watch Museum in Perth, featuring original sketches by Gray once owned by Andrew Paterson, and now of the Barron Collection. The exhibition runs until 11th May. 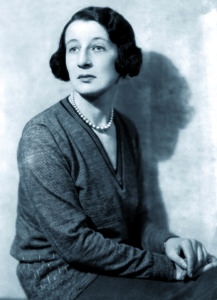 13.01.2015 Three negatives of Andrew Paterson portraits of Inverness author Josephine Tey, taken in 1929 just before she became famous, are discovered in the archive.

06.11.2014 The photo showcases from both sides of the Andrew Paterson Studio laneway entrance are removed and destroyed. Most likely not the originals, the company owner had been instructed to remove them by the Council because one of them was attached to the Victorian Market — a listed building.

15.10.2014 The autumn issue of The North Magazine runs a story about the fire that destroyed the Paterson Studio in 1914. 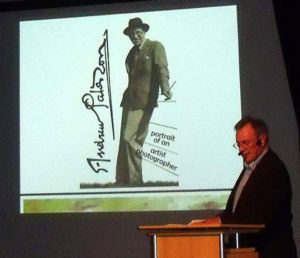 01.10.2014 Presentation titled ‘Paterson: Portrait of an artist-photographer‘ given by Adrian Harvey to the Inverness Local History Forum, in the Spectrum Centre, Inverness. 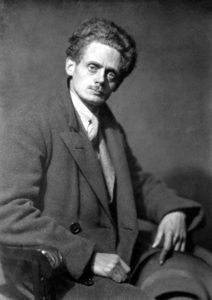 30.08.2014 Andrew Marr presents a programme for BBC 2 and BBC Worldwide on the history of Scottish Literature and its relationship to Scottish nationalism and unionism. The final episode examined the life, literary and political efforts of the poet Hugh MacDiarmid, and featured a studio portrait of the poet taken by Andrew Paterson in January 1927.

06.02.2014 Presentation by Adrian Harvey about Andrew Paterson’s film ‘Mairi‘ to the monthly meeting of the North Kessock & District Local History Society in Mission Hall, North Kessock. Followed by a screening of the film. 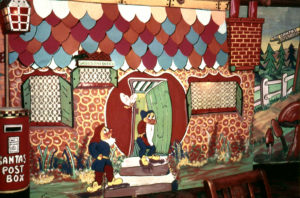 30.12.2013 First of a series of colour images from the 1950s-1960s uploaded, part of the James S. Nairn Colour Collection submitted to the Scottish Highlander Photo Archive. 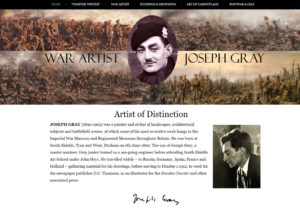 25.11.2013 A sister site to the Andrew Paterson website is launched about Paterson’s friend, the artist Joseph Gray.

01.10.2013 October issue of SSHoP TaLK, the newsletter of the Scottish Society for the History of Photography announces the launch of the Paterson Collection website. 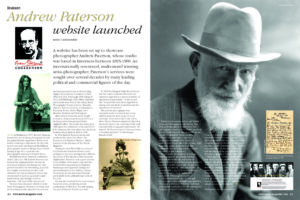 12.08.2013 The summer issue of The North Magazine announces the launch of the Paterson Collection website with a double-page spread. 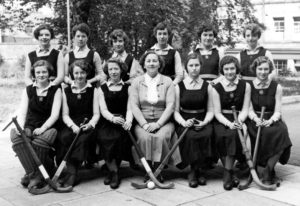 01.08.2013 Over 100 images taken by the Andrew Paterson Studio, and held by the Inverness Royal Academy Archive, are digitally scanned and returned to the core Paterson Collection for inclusion in the Scottish Highlander Photo Archive.

25.07.2013 The British Genes and the British Photographic History blogsites announce the launch of the Paterson Collection website. 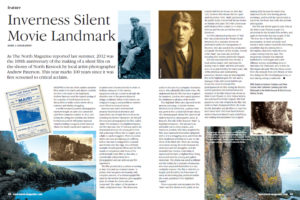 26.04.2013 Spring issue of The North Magazine runs a follow-up feature on the Paterson film ‘Mairi,’ marking its 100th anniversary. 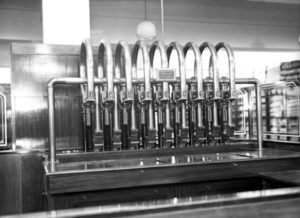 24.04.2013 Icon Films documentary ‘Brave New Pneumatic World‘ screens on the BBC1 programme ‘The One Show,’ featuring a Paterson image from the SHPA.

11.11.2012 ‘Mairi,’ Paterson’s silent film from 1913 is screened at Eden Court Theatre as part of ‘The Lost Art of the Film Explainer‘ presentation. 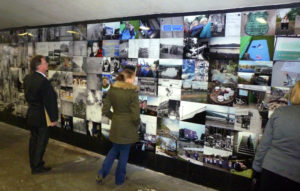 04.11.2012 Official opening of the Innes Street Underpass Mural, a project in which several Paterson images of residents of yesteryear are used. The underpass, for many years dark and covered in graffiti, was transformed into an eye-catching mural by the photographer Lynn Robinson. It is 35 metres long and uses 1,008 photographs in the finished piece. 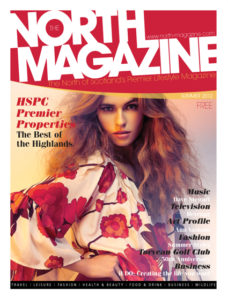 06.07.2012 Summer issue of The North Magazine features an article on the Paterson film ‘Mairi,’ which was filmed on the shores of North Kessock 100 years before, and is recognised as one of Scotland’s earliest narrative films, almost certainly the first to be made in the Scottish Highlands. 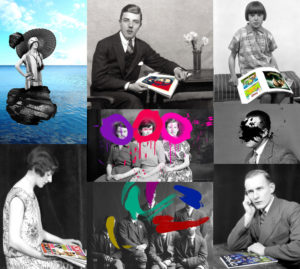 14.02.2012 Photographic artist Lucy Knott’s re-contextualising project goes online. Using Paterson images, she adds selective colours and manipulates the originals to create something new. Lucy gained her BA within Photography and during her final year at university she focused on bringing archived imagery back to life. By adding her own layer to the prints, she creates a whole new context. 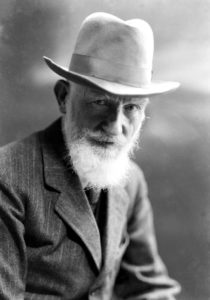 30.03.2012 The Paterson portrait of George Bernard Shaw is discovered amongst the negatives.

28.02.2011 The SHPA is mentioned in the new Chris Paton book Tracing Your Family History on the Internet. The book was publisher Pen & Sword’s fastest ever selling family history title. 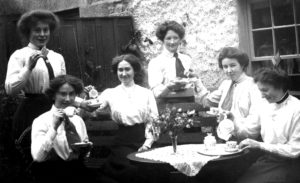 20.04.2010 First contribution from an interested member of the public. Cathie Cowing provides 42 photographs of the Hogg and Fraser families of Gordon Castle.

01.01.2010 The Scottish Ancestry blogspot uses one of our images (Mrs Serafton and children) in a piece announcing the SHPA. The SHPA also gets a mention on the Anglo-Celtic blogspot. Family Tree Magazine and Practical Family History Magazine both announce the launch of the SHPA in their news pages, and Scottish Memories magazine prints one of our images (the Gilmour children wearing fairy costumes) in a story about Scottish superstitions. 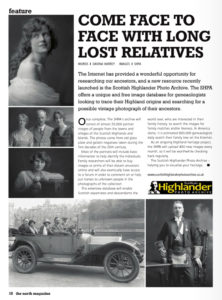 01.07.2009 The North Magazine Summer issue. Page 28 features a story announcing the launch of the online SHPA.