The Scottish Highlander Photo Archive is a searchable online database of vintage photographic portraits and scenic views. The database enables people who are interested in their family history to search the archive for family matches and to purchase prints.

The Andrew Paterson Collection is the biographical website of Paterson, whose studio was based in Inverness between 1897-1980. He was an internationally renowned, multi-award winning artist-photographer whose services were sought over several decades by many leading political and commercial figures of the day. In 1935 the Glasgow Daily Record wrote that his “name is known wherever the camera is regarded as a serious medium of expression in portraiture.”

Paterson won both national and international awards and diplomas for his work and gave many exhibitions both at home and abroad. The Daily Record noted that “his portraits have been regarded as setting new standards of excellence in the expression of character.”

Lost Inverness — as it used to be. Presenting the precision line-work streetscape drawings of G

ordon Lynn and the early 20th century watercolours of Pierre Delavault, with features on vintage images of Inverness through the ages and a pictorial essay on a selection of buildings and things that have disappeared from Inverness over the years, with one or two items that have been relocated or since re-discovered. 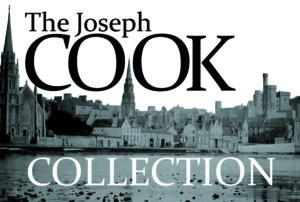 The Joseph Cook Collection — For over 40 years Joseph Cook was the manager of Walker’s Sawmill in Inverness and owner of a fleet of ships that plied the oceans of the world in international commerce. He was also an accomplished artist but is mostly remembered for the photographic collection that bears his name.

Cook was an inveterate collector of vintage photographs of old Inverness, and over the years built up a large collection of over 300 lantern slides which he would use over several decades to illustrate his popular talks on the history of the town.

Joseph Gray — artist of distinction.  Joseph Gray was born at South Shields, Durham in 1890. He was a painter and etcher of landscapes, architect 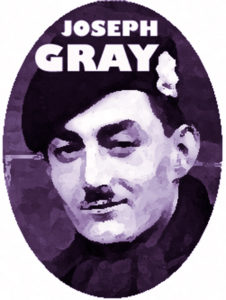 ural subjects and battlefield scenes, of which some of his most evocative work hangs in the Imperial War Museum in London and Regimental Museums throughout Britain, including The Highlanders’ Museum at Fort George.

As a ‘Fighter-Writer’ he served with the Black Watch during the First World War, and became a leading camofleur exponent, creating large-scale static camouflage operations to conceal military bases and factories from air attack in the Second World War.